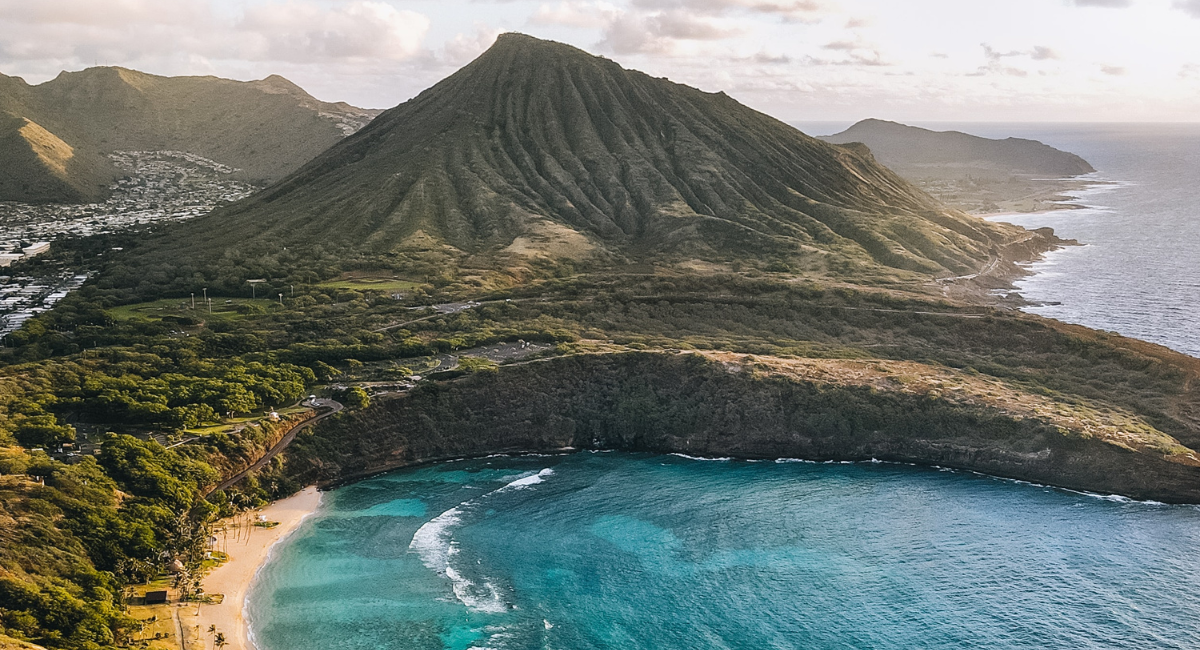 5 WEEKEND GETAWAYS TO BOOK THIS SUMMER

Summer is here, and with it shorter work weeks, making way for long, languishing weekend escapes. From a fabulous new-again Craftsman cottage in Nantucket, to a Montana treehouse resort, to an Americana Great Camp, we’ve curated a few ideas for summer travel USA.

Jumpstart the season with an escape to Miami’s hot, hot, hot South Beach. Dip into the cerulean blue sea, lounge on powder-white sand under swaying palms, paddle board or kayak at sunset, and nurture your inner-art soul with a visit to The Bass contemporary art museum, and an Art Deco walking tour of Ocean Drive. Interpret the artful musings over lunch at Joe’s Stone Crab, famous for its seasonal stone crabs with garlic sauce.

WHERE TO STAY: W SOUTH BEACH

The popularity of Paramount Network’s original series, “Yellowstone,” has catapulted Montana into uber-cool vacation status. The idea of wide open spaces, working cattle ranches, fly-fishing in pristine streams, and larger-than-life cowboy steaks, has never looked sexier. While the real-life Dutton Ranch — Chief Joseph Ranch in Darby (about 65 miles from Missoula) — rents out two of the show’s cabins: “Lee Dutton’s Cabin,” and “Rip’s Cabin,” the ranch is not accepting reservations for 2022 (due to possible filming schedule). There is, however, a new and luxurious  option — The Green O — located just a little under two hours from the Dutton ranch (which is nothing in these parts), that also has travelers talking.

WHERE TO STAY: THE GREEN O

Sister property of The Resort at Paws Up, The Green O (for adults only) features 12 romantic, deep-in-the-forest homes like Tree Haus, a two-story treehouse elevated high in the air; and Round Haus, stylish in its curvy design and floor-to-ceiling windows. The exquisite one-of-kind dining experience here has foodies (and chefs) taking note, while the pure Montana activities include whitewater rafting, horseback riding, fly-fishing expeditions, and guided hikes, with the added bonus of joining a cattle drive at Paws Up, before heading into Spa Town for massages.

Who doesn’t love this former whaling community, known today for its stunning beaches, endless sand dunes, and shabby-chic vibe. Walk the cobblestone streets past weathered white cottages in the island’s historic district. Slip in and out of the upscale boutiques, stopping for raw oysters, little neck clams, and lobster rolls, served with harbor views.  Check out the whaling museum and, of course, spend time on the beach. Bike out to Quidnet Beach for a view of Sankaty Head lighthouse or to Madaket Beach for the perfect sunset.

WHERE TO STAY: GREYDON HOUSE AND 52 UNION

Check into the 20-room Greydon House, designed by Roman and Williams (of Ace Hotel New York and The Standard, High Line fame). Request the new ‘Blue & White’ room, outfitted with textiles and artwork from John Robshaw Textiles’ new spring 2022 collection. Or be among the first to stay in Greydon House’s new standalone residence — 52 Union — located a few blocks south of the hotel in Nantucket’s historic downtown. Designed by Boston-based Lianne Leventhal, the three-bedroom, Craftsman-style property was originally built in 1930 — and serves an outlier of mid-century design, among the island’s sea-faring 19th-century buildings. The refurbished cottage comes with a luxurious kitchen, open-air living room, and fully furnished backyard complete with water views.

West coasters will love this easy  (5-hour flight) escape to Hawaii’s North Shore. In summer, the giant surf waves — made world famous on the original (1968) Hawaii Five-O television series — are surprisingly calm and tranquil, making snorkeling and swimming off the beach a favorite pastime. Walk through the sacred Waimea Valley’s lush gardens, colorful trees and flowers; swim in the waterfall. Spend time in Haleiwa, the North Shore’s main town, perusing the colorful shops, and partake in the food truck culture — acai bowls, shaved ice, and most famously, Romy’s and Giovanni’s shrimp trucks, known for their garlic, and sweet-and-savory, crustaceans.

WHERE TO STAY: TURTLE BAY RESORT

What’s old is new again in New York State’s cooling Adirondack Mountains. During the 1920s and 30s, wealthy Manhattanites would flee the city heat, traveling by rail, to the lakes and forests of the Adirondacks. Here, prominent families with names like Rockefeller and Vanderbilt, built lavish, timbered summer homes, which ultimately became known as ‘Great Camps.’ Today, the Adirondacks’ pristine lakes have regained their popularity among Manhattanites and others ‘down state,’ and while most of the lavish Great Camps have gone by the wayside, a few still remain.

WHERE TO STAY:  THE POINT, LAKE SARANAC

For a taste of the Rockefeller’s gilded summer life, book into The Point. The lakeside Great Camp was built in the early 1930s for William Avery Rockefeller (great-nephew of John D. Rockefeller), who used the secluded compound for entertaining. Throughout its history, The Point has had only five owners, the current — Laurie and Pierre Lapeyre — were loyal guests of the resort for 24 years before purchasing it in 2016 and completing, two years later, a multi-million-dollar renovation to restore its original gilded vibe. Wake up to freshly made coffee (a thermos is delivered while you are sleeping). Hike up St. Regis Mountain to the old fire tower or have the chef pack a picnic for two for a putter across the lake in one of the resort’s electric wooden boats. Relax after with a fireside couples massage before heading out for cocktails and aperitifs. Plan to dine on a Wednesday or Saturday night when the dress code is old-school Rockefeller style: black tie.